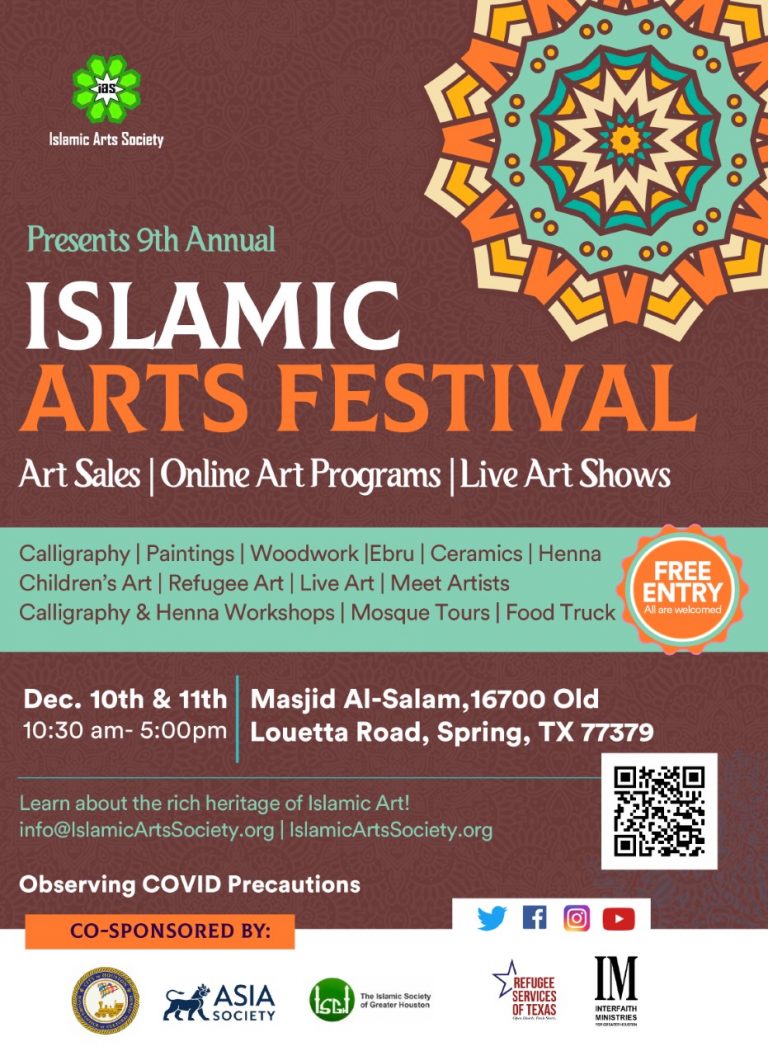 The Islamic Arts Society wishes to thank its patrons and friends for making the 9th annual Islamic Arts Festival a resounding success. The event was held on the 10th and 11th of December, 2022 at Masjid Al-Salaam, 16700 Old Louetta Road, Spring. TX 77379.

The event showcased the art of over 50 artists who were at hand to engage the visitors. This was the largest display of Islamic arts under one roof anywhere in America. The Ibn-Sina Visiting artist Josh Berer enthralled visitors with his mesmerizing calligraphy and illumination art. Some emerging artists as well as students from local schools also displayed their art pieces.
Visitors especially enjoyed the live interactive art demonstrations including calligraphy, Ebru, henna, painting, and children’s art activities. The Asia Society and the Museum of Fine Arts Houston supervised the children’s art section this year. Ethnic cuisine from Food Trucks was also available to the visitors and added a festive flavor to the festival.
Over 6000 visitors from all over the USA attended the event over two days. A large number of native Houstonians attended the festival which aims to break divisions based on religion or race. By some estimates, this is the largest interfaith event in Houston. Texas State Representatives Tom Oliverson, Sam Harless, Jon Rosenthal, Suleiman Lalani, Harris County Commissioner Tom Ramsey, and Sugarland City Council Member Naushad Keramally were among many dignitaries who attended the festival.
An estimated 250,000 Muslims live in the Greater Houston area. The purpose of this event was to celebrate our culture and promote the positive image of our community among Muslims and non-Muslims. Some of the art was displayed inside the prayer area and it allowed many native Houstonians to visit a working mosque for the first time. The oldest and largest festival of Islamic arts brought people from diverse cultures, faiths, and backgrounds together for a weekend of learning, fun, and festivity. 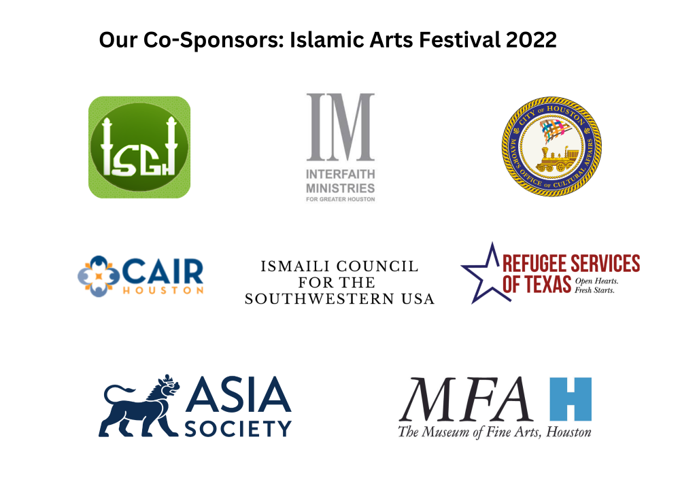 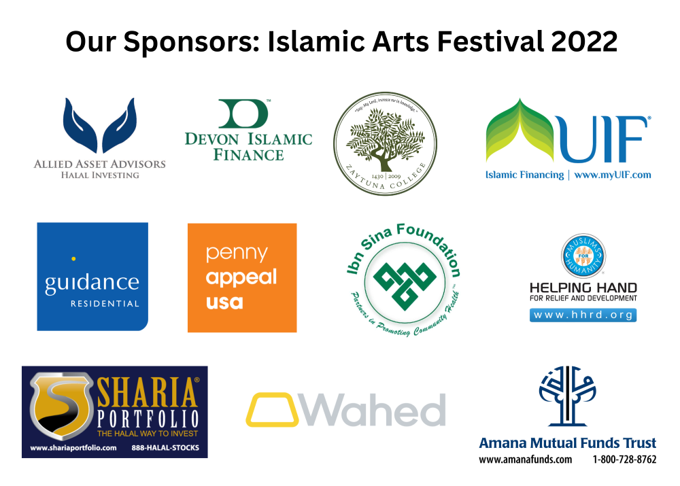