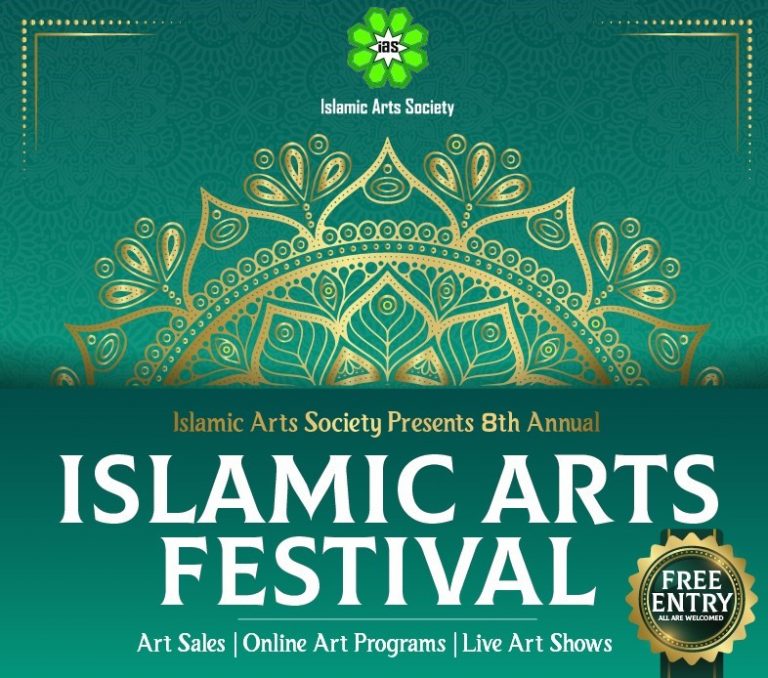 The 8th annual Islamic Arts Festival in Houston drew more than 6000 visitors over two days. The event was held on the 11th and 12th of December, 2021 at Masjid Al Salaam, in Houston TX and was attended by people of all ages and from all walks of life.

The event showcased the art of 45 artists who were at hand to engage the visitors. This was the largest display of Islamic arts under one roof anywhere in America. Some emerging artists as well as students from local schools also displayed their art pieces. Artists were present throughout the event which gave visitors an opportunity to talk with the artists and learn about their art and the inspiration behind their art. Visitors especially enjoyed the live interactive sessions including calligraphy, Ebru, painting and henna. There were children’s art activities as well. Over 6000 visitors attended the event over two days which was popular among people of all ages. Texas State Representatives Lacey Hull, Toma Oliverson, Sam Harless, Jacey Jetton, Jon Rosenthal & Harris County Commissioner Jack Cagle were among many dignitaries who attended the festival.

In its 8th year, the festival has gained recognition as the oldest continuously running festival of Islamic Arts in America. People from all over America travel to Houston to attend this wonderful gathering of art and artists. Even during the Covid-19 pandemic the organizers held the festival online which drew 22,000 visitors. With cautious re openings the organizers decided to bring the festival back in person and it was well received among fans of the Islamic Arts Society.

An estimated 200,000 Muslims live in the Greater Houston area. The purpose of this event was to celebrate our culture and promote the positive image of our community among Muslims and non-Muslims. Some of the art was displayed inside the prayer area and it gave an opportunity for the non-Muslims to visit a working mosque for the first time. More than a thousand non-Muslims visited the festival, making it the biggest interfaith event in Houston. The oldest and largest festival of Islamic arts brought people from diverse cultures, faiths and backgrounds together for a weekend of learning, fun and festivity.

“The original thought behind organizing the festival was to promote something positive within the Muslim community in USA”. Said Dr. Khawaja Azimuddin, Chairman of the Islamic Arts Society. “Quite often Americans hear negative news about Islam and Muslims. The festival is an opportunity to reach out to the American general public and inform them about the creative side of the Muslim community. We only use art from artists residing in America and Canada and we want to tell the American public that yes, this art is created by your fellow Americans, neighbors, colleagues and coworkers”. Generally non-Muslim visitors to the festival take away a very positive image of the Muslim community.